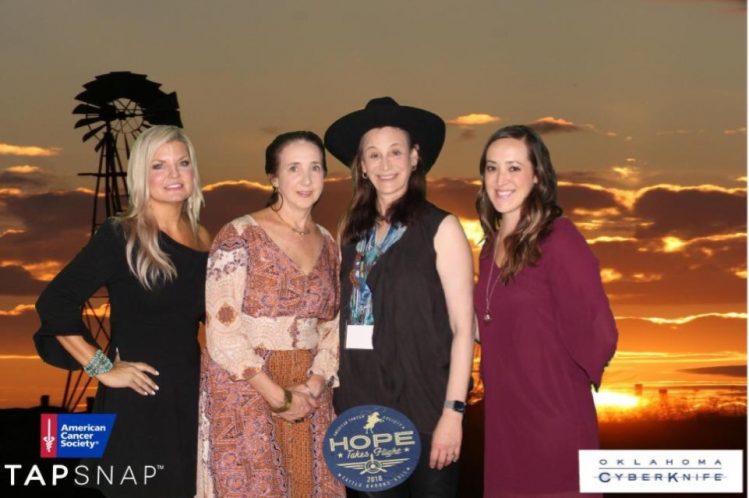 The American Cancer Society Cattle Barons’ Ball is an annual western gala and one of Tulsa’s most talked about and memorable charity events.  The gala is also Tulsa’s single largest American Cancer Society fundraiser, raising money to fund lifesaving cancer research, as well as free services for cancer patients and their families.

The ACS selects community and business leaders from across the county to be Barons for the Ball, with their mission being to promote and support the success of the Cattle Baron’s Ball.  Oklahoma CyberKnife’s very own radiation oncologist and Medical Director, Diane Heaton, M.D., was an alumni Baron, and the center was a sponsor of the Ball for the ninth year in a row.

Despite the rainy weather, the Tulsa Cattle Barons’ Ball was a huge success, with over 750 in attendance.  Oklahoma CyberKnife was proud to be part of an important event that helps cancer patients in our community and we look forward to next year!